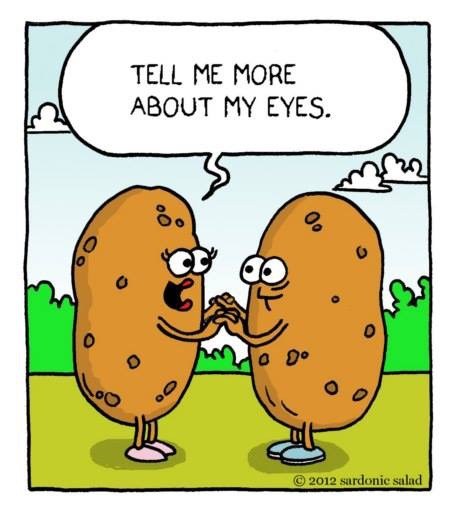 George The Farmer tells us all about potatoes! 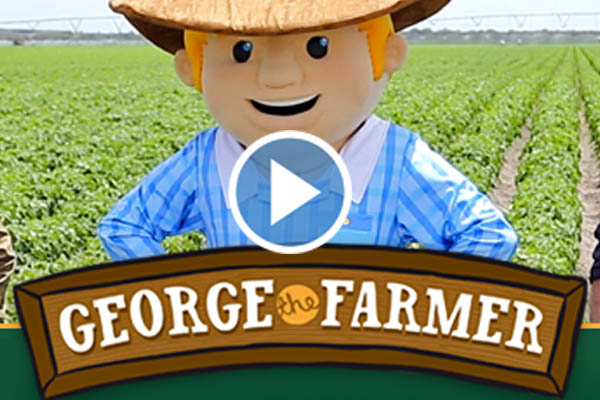 Award winning character educating about farm, food and fibre through stories, songs, apps and performance. News from the world and my real life farm!  https://www.facebook.com/GeorgetheFarmerAU/videos/1293618287378219/

This kid-pleasing idea is not only fun, it’s nutritional 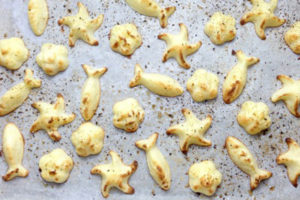 and a great way to use your left-over mashed potatoes! 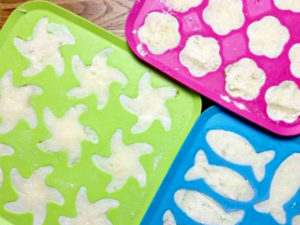 Spoon your mashed potatoes into ice cube trays and freeze.

When ready to eat, pop your frozen shapes out onto a non-stick baking tray.

Spritz the top of each one with spray olive oil and season with salt and pepper. 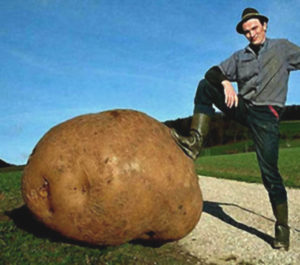 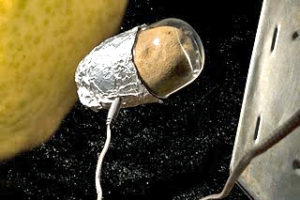 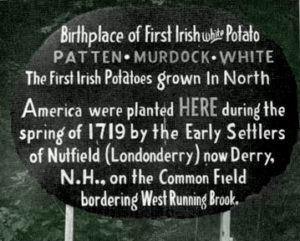 What do you say to an angry 300 pound baked potato?  – Anything, you just butter him up!!

Why did the potato cross the road?  – He saw a fork up ahead!!

Why do potatoes make good detectives?  – Because they keep their eyes peeled.

What do you call a lazy baby kangaroo?   -A pouch potato.

Why did the french fry finish last in the potato race?   -He couldn’t ketchup.

What is the scariest day for a potato?   -Fry-day.

How come potatoes never get lost?   -They always take the same root home.

What did the teacher say to the bad spud?   -You’ll never sprout to anything.

Where were the first French Fries made?  -In Greece!

How to Make a Potato Battery

Making a clock run on potato power is easier that you might think. This project is easy, bizarre and makes a sweet science fair project or chemistry experiment. Who knew potatoes could be so empowering?

How the Potato Clock works

Potato stamps are a cheap and easy option to meet their crafting needs. 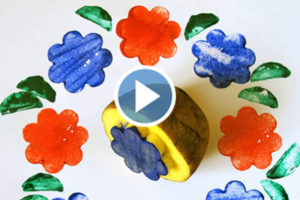 Courtesy of Heather at SheKnows

Create a funny potato head with hair. Watch the hair grow and have fun giving your potato head a haircut. 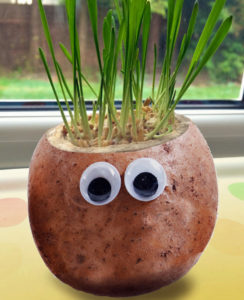 Cut a slice off both ends of the potato so that it can stand up by itself.  Scoop a hollow into the top of the potato using a spoon.  Glue google eyes to the front of the potato and draw a face with the marker pen.  Fill the hollow with cotton wool or soil and water well.  Cover the surface of the soil or cotton wool with cress seed or grass seed.  Put your potato on a windowsill and keep the seeds well watered.

You should see growth within a week and once the shoots appear they will grow quickly which keeps it interesting for preschoolers.  Have fun giving your funny potato head a haircut with some scissors!